Rob Engler- President
Rob Engler, Superiors president and owner, entered the oil & gas business in 1982 working in well stimulation, then on to a career in oilfield firefighting and safety services. In 1992 Rob went overseas working in almost every continent on the globe, both onshore and offshore until 2006 when Superior Fire Control was incorporated.

Shane Goacher – General Manager
Shane is from Red Deer Alberta where upon finishing school, began his career in the oil & gas industry. Shane worked seismic, then onto drilling/service rigs, down hole tools, then a lengthy career in Hot Tapping, then shifted his focus to the safety industry. Shane relocated his family to Grande Prairie AB in 2005 and was Northern Area Operations manager for a large full service safety company. Shane began employment with Superior in 2015 as our Operations Manager bringing his vast oilfield experience to the company. Shane’s passion when not sitting in the hot seat at work is camping, golfing and spending time with the family.

Denis Robichaud- Senior  Fire Fighter/ Safety Speciallist
Denis was a Fire Chief in New Brunswick before moving out west.  He then worked for one of our competitors for 3 years then joined Superior in Sept 2007.  Denis also conducts H2S Safety and Field Audits, as well is in charge of new operator mentoring. 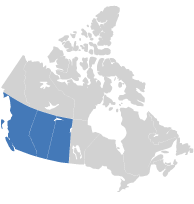